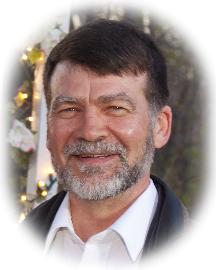 Dan Wright was a highly-regarded scientist with the Ocean Sciences Division (OSD) of Fisheries and Oceans Canada at the Bedford Institute of Oceanography (BIO). Dan obtained his B. Sc. in Mathematics from Laurentian University in 1975, and his Ph. D. in Applied Mathematics and Oceanography from the University of British Columbia in 1978 under the mentorship of Professor Lawrence Mysak. He was then a Postdoctoral Fellow at the Woods Hole Oceanographic Institution (1978-1979) with Dr. Harry Bryden, and a Research Associate at Dalhousie University (1979-1981) with Professor Chris Garrett.

In late 1981 Dan accepted a Research Scientist position in the Ocean Circulation Section of BIO where he was a highly productive, generous and respected scientist, and an advisor, colleague and friend to many in the oceanographic and atmospheric research communities. In 2008 Dan was promoted to the Government of Canada's highest Research Scientist level, recognizing his outstanding scientific and other contributions both nationally and internationally.

Dan was also a long-time Adjunct Professor in the Department of Oceanography at Dalhousie University where he cherished the opportunity to interact with students and young scientists.

Dan used his elite mathematical skills and clear thinking to advance our understanding of a very broad range of physical oceanographic phenomena and their role in the broader Earth system, building on both theory and observations. He made major contributions on topics ranging from the thermodynamics of sea water to the role of the ocean in climate dynamics, including baroclinic instability, tidal rectification and other continental shelf dynamics, regional- to global-scale ocean circulation, physical-biogeochemical interactions, the development of innovative circulation models, and the oceanography of the Northwest Atlantic. He co-authored over 70 papers in international scientific journals, and many other reports and communications.

Dan's scientific excellence and impact were recognized by the Canadian Meteorological and Oceanographic Society through his receipt of its President's Prize in 1992, and by his selection as a CMOS Tour Speaker. He was one of Canada's leading physical oceanographers whose impacts on the national and international scientific and related communities, and on future scientists, will be widespread and long-lasting. Above all, Dan Wright was a very decent human being - being gifted yet generous and humble, rigorous yet compassionate, motivated yet fair and honest, and devoted to his profession yet also very devoted to his family.

In 2011, the Canadian Meteorological and Oceanographic Society (CMOS) created the CMOS Daniel G. Wright Undergraduate Scholarship in his honour from contributions received from friends and CMOS members. The first scholarship was awarded in 2012.

Donations in Dan's memory can be made to the Scholarship Fund of the Canadian Meteorological and Oceanographic Society (CMOS).