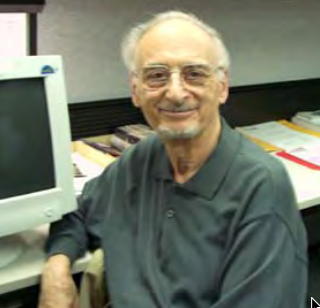 In 1938, following the Anschluss of Austria with Germany, he left to study in Italy, and then moved to Palestine where he studied at the Technical University, Haifa. With the outbreak of WWII, he joined the RAF where he trained as a meteorologist and served in Egypt and in Persia.

In 1957, he joined the International Civil Aviation Organization working first at its HQ in Montreal, and then in the European Regional Office in Paris, returning to Montreal as Chief of the Meteorology Section in 1967.

After retiring from ICAO in 1982 he moved to Ottawa, where he became the first Executive Director of the Canadian Meteorological and Oceanographic Society. Although he retired from that activity in 1994, he was appointed Executive Director Emeritus (an honour of which he was very proud) and he continued to work for CMOS on a part-time basis until a few months before his death.

Uri Schwarz was a long-time supporter of CMOS. After he passed away in 2010, the Society renamed its development fund the Uri Schwarz Development Fund in his honour.

A kind, thoughtful, charming man who spoke English, German, Dutch, Hebrew, Italian and French, he could pun in several languages and loved to write limericks for any occasion.